I was invited to give a presentation at the Open Radio Mini Conference that was being held on the first day of the National Linux Conference 2017 being held in Hobart from 16-20 January 2017 thanks to Scott VK7LXX and Ben VK7BEN.

The presentation was videoed and made available on You Tube:

I included some material that was drawn from the SDR generations presentation from Dr Howard White KY6LA who presented at the SDR Academy at Freidrichshafen Hamfest in 2016. This enabled and explanation of where the HPSDR fits in the SDR evolution.

I was also able to include information on the fantastic work that John Melton G0ORX/N6LYT and Dr. Warren Pratt NR0V have been doing in developing the Open Source PiHPSDR control surface.

I was able to demonstrate both the Apache-Labs version of the piHPSDR and I have written a review of this unit that will appear in the national AR Magazine for March 2017: 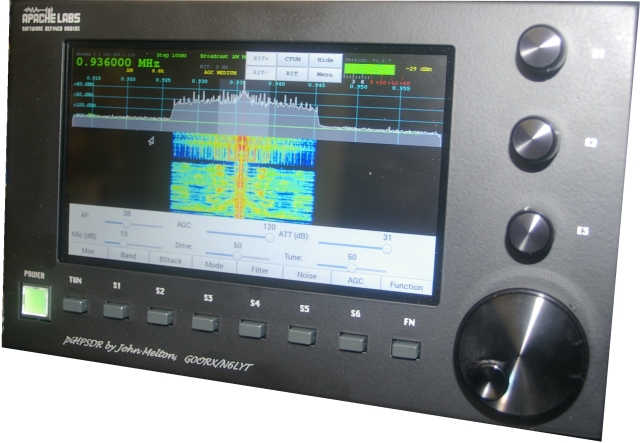 This unit was controlling a traditional HPSDR with Mercury, Penelope, Excalibur, Metis and Alex band pass filters with a Codan 100W power amplifier.

There will be more on this unit in a future blog post.

Thanks to the Linux Conference organisers for allowing me time to bang on about one of my favourite subjects.

Catch you on the airwaves.